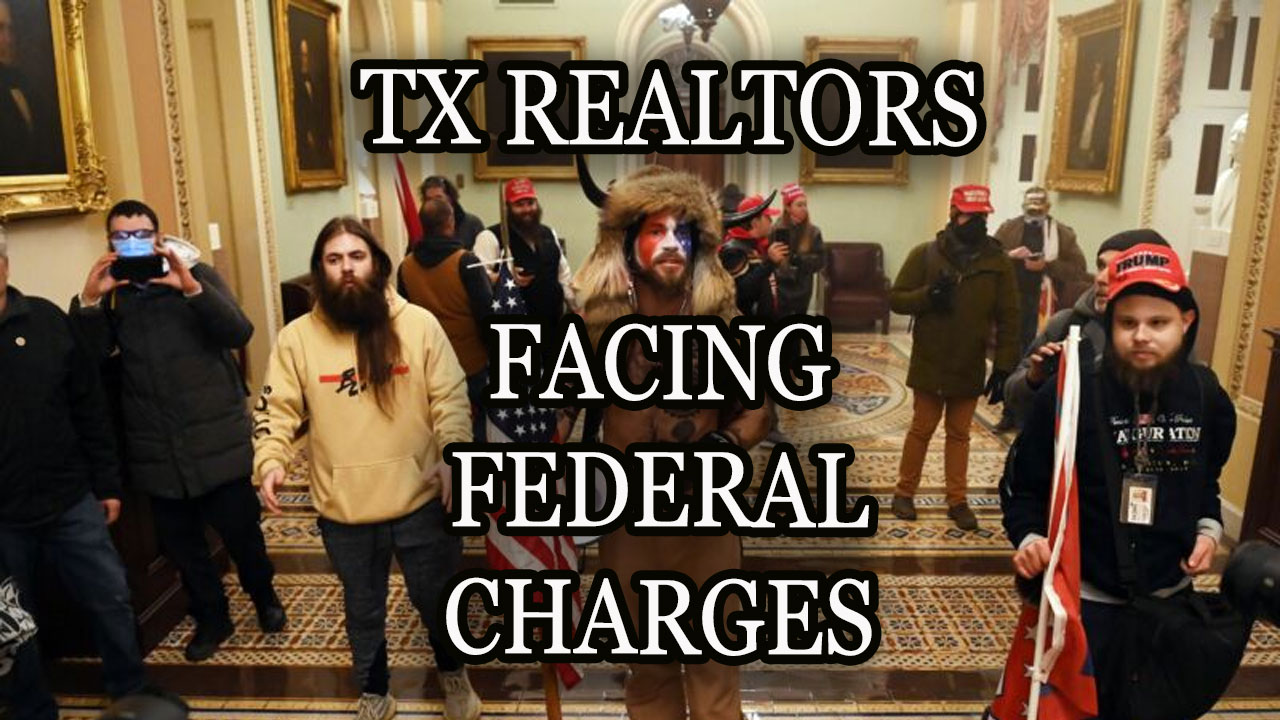 The FBI continues to investigate the Texas Realtors involved in the Capitol Hill Raid “Katherine “Katie” Staveley Schwab”, Brian Miller, and Jennifer “Jenna” Leigh Ryan. Schwab according to official court documents – “willfully and knowingly engaged in an act of physical violence”. When TRUMP supporters stormed the Capitol building, upset about false claims from the presidential election.

HPAgents is a Texas 100% Commission Brokerage that fills a gap, since most, or should I say all 100% commission brokers give absolutely NOTHING to the agent except the commission split. HPAgents solves this problem by giving our agents an abundant amount of benefits and features including;

Courtney states she is “appalled” by the realtors actions and want them to lose their license. TREC replied with a statement below. Hava Johnston, a realtor & City Council candidate helped to expose the realtors involved in the Capitol Hill Raid.

The 3 Realtors arrived by Private Jet

Today at least 500 people have been arrested, with 12 guilty pleads & 190 Indictments

3 Oath Keepers have pleaded guilty to charges as well. The 3 oath keepers took an oath to prevent violence, both foreign and domestic. They may lose their licensing and official positions.

More then 22 arrests have occurred up to May 15th 2021 in the Dallas Fort Worth area.

Jenna Ryan Tweets about Her $400 Bottle of Wine + Lobster Dinner

While the Commission has the authority to suspend or revoke a license in other circumstances, generally, this authority is limited to conduct the license holder undertakes while engaged in real estate brokerage.

The Commission offers valuable resources to the public, including license holder search and disciplinary action search tools to verify information about a license holder they are working with.  Additionally, the Commission has provided extensive FAQs related to qualifications, disclosing a crime to TREC, and other enforcement matters.

Ryan Now States “I regret Everything”

“I bought into a lie, and the lie is the lie, and it’s embarrassing,” from The Washington Post

Trump has not responded.

“Don’t send this crap to me!!
Until you know all the facts surrounding these cases you don’t get to be the judge and jury or like the stupid media that doesn’t know anything either.You said it right in the beginning they are being charged.Charged doesn’t mean anything!!I was charged for felony crimes 15 times in my life and only a few stuck because most cases were bogus. But I will say the ones I was guilty on I was guilty but more important I was guilty of Sin and guilty of breaking Gods law. Thanks be to God he gave me Grace and I did not take it lightly. I have, through the power of the Holy Spirit, redeemed my life and yes have become a very successful Realtor, Business owner and Founding Director of a strongly supported, well known and successful Prison Ministry that helps support men and women turn their life around to the glory of God.  So I’m not sure how I got in your mass email but please keep your comments to yourself unless they are positive and you have all the facts on the case and never assume people are guilty of anything unless you know personally. Lastly know that those men and women are far from counted out even if they are guilty.Gods love and Grace are amazing and He can make even the crooked places straight and turn hard and wicked hearts to hearts of love and compassion.
Also don’t assume that all of them were Trump followers and by no means did they storm the capital.Those door were already opened and nobody was stopping them until they were already let in.
I have several friends that were there and witnessed all this first hand.

So again please keep your comments and opinions to your self or to your social media pages not to email blasts that you don’t know who’s on the other end of it.
Blessings to you!

In His Love and Service,

What are The Benefits of HPAgents 100% Brokerage?

HPAgents is a Texas 100% Commission Brokerage that fills a gap, since most, or should I say all 100% commission brokers give absolutely NOTHING to the agent except the commission split. HPAgents solves this problem by giving our agents an abundant amount of benefits and features including;

Every week you will receive real estate tips that make you money, tips that allow you to use your time efficiently, and show you how you can be the best you can in real estate.